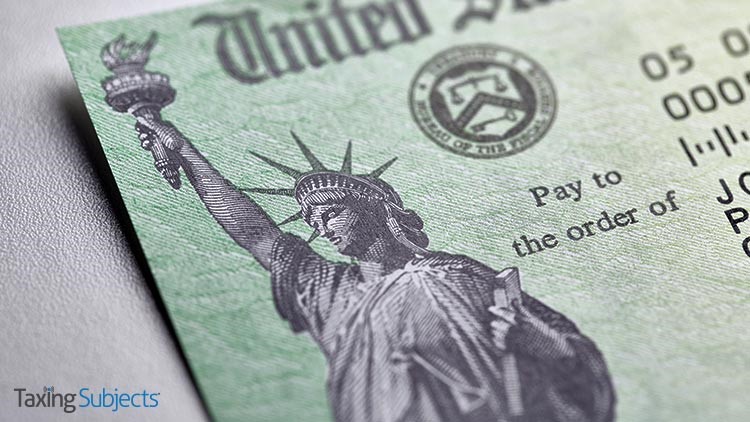 Major tax legislation usually causes a period of confusion as taxpayers and tax professionals wait for official guidance on complex provisions. The American Rescue Plan Act of 2021 is no different.

The Internal Revenue Service this week announced they will automatically issue refunds for some unemployment compensation recipients who filed their tax year 2020 return before the bill was signed into law on March 11, 2021. While that probably sounds like good news for the do-it-yourself crowd, tax professionals may still want to consider filing amended returns for their clients to ensure they receive the correct amount from the IRS.

What caused the problem for unemployment compensation recipients who filed early?

The trouble stems from the law retroactively allowing taxpayers whose adjusted gross income is less than $150,000 to exclude part of their tax year 2020 unemployment compensation. The amount that qualifying taxpayers can now exclude is based on their filing status:

Early birds who filed returns before the American Rescue Plan was passed obviously would not have known about the exclusion, meaning they may have paid more tax than necessary. Rather than requiring all affected taxpayers to file an amended return, the IRS says it will instead automatically make the necessary changes to those returns.

How is the IRS going to fix the affected returns?

Taxpayers who are eligible for a refund following the automatic recalculation could be issued a payment as early as May 2021, but the IRS says they are still trying to determine the full scope of the problem since a staggering 23 million taxpayers filed new unemployment claims last year.

Why would tax professionals want to file an amended return anyway?

Filing amended returns for clients affected by the unemployment compensation exclusion issue isn’t an easy decision: It’s a time-consuming process that will involve reaching out to clients, then recalculating and reviewing those returns during the busiest part of filing season.

For some clients, it may not even make sense to incur the extra cost for what could be a minimal gain. But as the IRS notes, this recalculation can also mean larger amounts for tax credits that are already claimed on the return—like the Earned Income Tax Credit—or eligibility for others.

“You have to ask yourself if it’s in your client’s best interest to see if the IRS issues the correct amount or whether you, as their trusted tax advisor, are in a better position to ensure they get what they qualify for,” says Drake Software Chief Revenue Officer John Sapp. “If you’re in one of the states that are automatically following the IRS’s lead, you may have an even greater incentive to revisit those returns.”