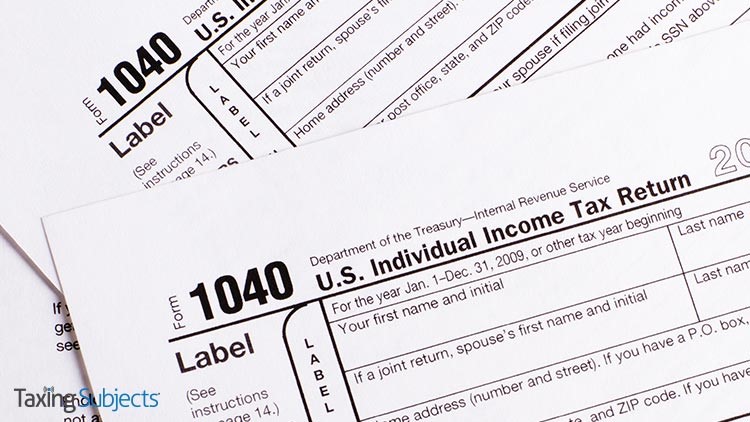 This tax season, like so many before, a lot of filers could use a little extra time to get the job done. And while it’s true that anyone can request an extension of time to file beyond this year’s May 17 deadline, some taxpayers don’t even have to ask in order to have more time to file.

According to the IRS, over 16 million filers will get an extension “by filing a form or making an electronic payment.” But at least three groups won’t have to do anything to receive additional time to file.

Old Man Winter did his worst to residents of Texas, Louisiana and Oklahoma recently. Because of near- and sub-zero temperatures, snowfall and other record conditions, portions of the three states were declared federal disaster areas.

Residents of any county within a federally declared disaster area in any one of the three states is entitled automatically to an extension of time to file, putting their tax returns due on June 15. This date applies to filing returns and paying any tax due.

For disaster victims in an area qualified for FEMA’s Individual Assistance program, there’s no need to contact the IRS to qualify. All the applicable extensions and other disaster-related relief are applied, based on the taxpayer’s address of record on file with the IRS.

This relief includes more time for making contributions to IRAs and other retirement plans for the 2020 tax year, and making estimated tax payments for 2021.

Relief is also available to those living outside the disaster area in certain circumstances.

Check out the Around the Nation page on IRS.gov for details on all available relief.

Taxpayers in a Combat Zone

The Internal Revenue Service gives soldiers and eligible support personnel who are serving in a combat zone at least 180 days after they leave the combat zone to file tax returns and pay any tax due. Publication 3, Armed Forces’ Tax Guide, has a complete list of designated combat zone locations.

Military and support taxpayers in combat zones also have more time for other tax-related functions, such as making contributions to an IRA. Since various circumstances can affect what extensions are available to an individual, refer to Publication 3 for guidance.

Taxpayers Living Outside the U.S.

U.S. citizens and resident aliens living and working outside the U.S. and Puerto Rico also get a break on the filing deadline. They have until June 15 to file their 2020 returns and pay any tax due.

The June 15 deadline also applies to U.S. military forces on duty outside the U.S. and Puerto Rico, but who are not serving in a combat zone. The IRS recommends taxpayers include a statement with their tax return explaining which situation applies to them.

Taxpayers abroad should note that while they get an extension of time to file and pay, there’s a penalty for late payments. Interest will be charged at 3 percent per year, compounded daily, to payments received after the May 17 deadline.

Publication 54, Tax Guide for U.S. Citizens and Resident Aliens Abroad, has more information on special rules for U.S. taxpayers living outside the country.

Other than filing Form 4868 to request an extension, taxpayers can pay their tax due electronically to get an extension to file. Online payment sites like Direct Pay or the Electronic Federal Tax Payment System (EFTPS) can be used, as well as debit or credit cards.

Check out all the payment options at IRS.gov/payments.