Refunds Could Be Issued for Overpayment of Tax on Unemployment 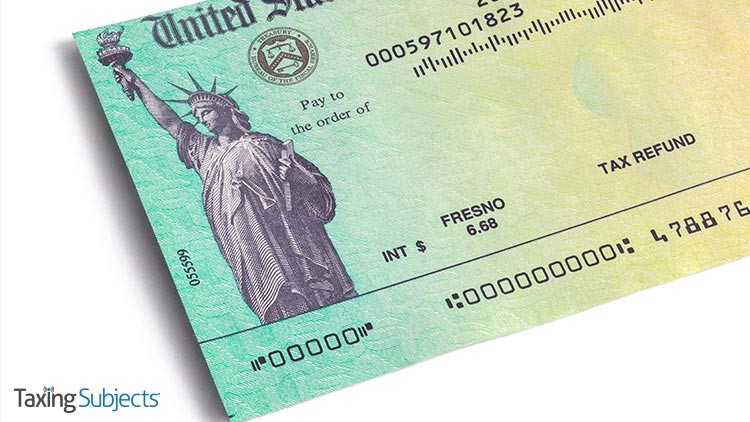 It’s said that the early bird gets the worm. Some early-bird taxpayers could see a real benefit from their promptness to file their taxes, and it’s worth more than mere worms.

The legislative package known as the American Rescue Plan of 2021 was passed into law in March of this year. Normally, unemployment benefits are taxable.

The American Rescue Plan, or ARP, excluded up to $10,200 in unemployment compensation from each taxpayer’s taxable income. But some people filed their returns and paid taxes on the full amount of their unemployment benefits before the ARP became law, so the IRS is working to send those taxpayers a refund.

The Internal Revenue Service says it’s refunding those surplus employment taxes paid, in order to spare early-bird filers the need to file an amended return. Not all early birds, however, will get a refund.

Some taxpayers will see their overpayment applied to taxes due or some other debts. For other taxpayers, there may not be a change at all.

While the ARP exclusion takes up to $10,200 out of a taxpayer’s taxable income, that’s not the amount of the refund taxpayers will get.

A decrease in a taxpayer’s taxable income could also affect their eligibility and benefit from the earned income tax credit (EITC), the premium tax credit or the recovery rebate credit. The IRS is making corrections for these credits as well.

The agency says it can adjust the returns of single taxpayers with no children but who are eligible for EITC. Taxpayers who claimed the EITC and have qualifying children identified can also have their returns adjusted.

However, taxpayers with qualifying children and who become eligible for EITC after the exclusion is calculated may have to file an amended return to claim new benefits.

Those taxpayers who qualify for an adjustment on their return should get a letter from the IRS within some 30 days that explains just what kind of adjustment was made to their return and the amount of the adjustment.

An adjustment could come in the form of a refund, payment of an IRS tax debt or a payment offset for other authorized debts.

An offset occurs when the amount of the refund would effectively wipe out an amount the taxpayer owes, and no money changes hands. Offsets can be used to erase include past-due federal tax, state income tax, state unemployment compensation debts, child support, spousal support or certain federal non-tax debts, such as student loans.

The IRS says, in most cases, taxpayers don’t have to do anything when an adjustment is needed. But the IRS website specifies there are certain circumstances where an adjustment makes filing an amended return beneficial:

“If as a result of the excluded unemployment compensation you now qualify for deductions or credits not claimed on your original return, you should file an amended return. For example, if you did not claim the Earned Income Tax Credit (EITC) on your originally filed return because your AGI was too high, but the exclusion allowed for unemployment compensation now reduces your AGI, you should file an amended return to claim the credit if now eligible.”